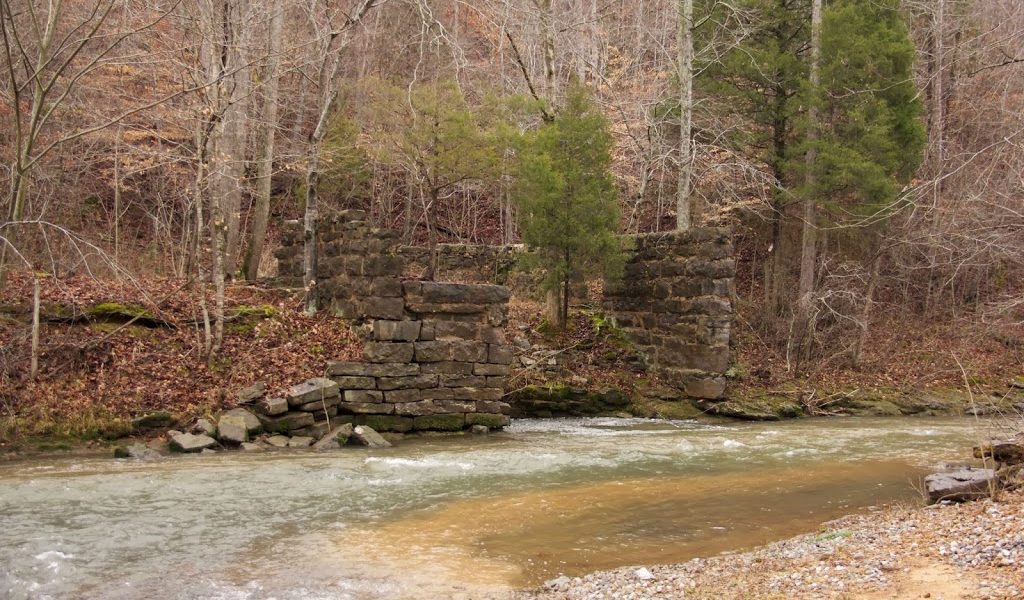 For the past five years, to enter our farm, we had to cross Lookout Creek through the water. On most days, it required a four wheel drive vehicle to cross the water safely. Every time it rained, the first question out of my mouth was, “How high will the creek rise?” Steve would have already been to his bookmarked favorite website which monitors the creek level, and would respond with a “looks ok” or “it’s still rising” or (as he often said this past year) “we’ll be out for days, but maybe we can take the boat across tomorrow.” As a natural worrier, this always made my  heart race, but for my guys, it was just a pain. As an additional water marker,  Steve placed a metal rod at the bank across from the old mill where we cross the water. The rod was painted green at the bottom,  yellow in the middle, and the top red, each color indicating the level of safety in crossing the creek.

You have to understand that Lookout Creek is an unusual creek. First of all it flows north. “It runs through Lookout Valley, along the base of Lookout Mountain beginning just across the state line near the little town of Valley Head, Alabama. It then slices across the extreme northwestern corner of Georgia, …(where Rising Fawn is located)… then into Tennessee, where it empties into the mighty Tennessee River at the base of Lookout Mountain in Chattanooga. Lookout Creek belongs to the Tennessee Valley watershed which explains why Lookout Creek can maintain its water level, since it is filled by water running off the western slopes of the entire Lookout Mountain Plateau.”
http://www.sherpaguides.com/georgia/mountains/cumberland_plateau/cumberland_plateau.html

Over the last 5 years we have talked about the bridge we need to carry us over Lookout Creek into the farm. There have been times when the high water has kept us out for days while we stand on the other side watching the rushing water and wondering how the crops are faring, but this year’s onslaught of rain and high water which constantly kept us from accessing the farm finally wore us down.

So, after much talking and planning, in May we began building the bridge to cross the creek.   We were incredibly fortunate to have right in our backyard – literally within 4 miles – all the people needed to build our bridge. Seventy-six year old Bill Wallin is a bridge builder with over 240 private and state bridges under his  belt.  He lives in Rising Fawn, GA and he is an enigma!  His humble and self-deprecating nature belies his experience, judgement and downright intellect. His cousin, Frankie Wallin of Wallin Drilling began the project with the drilling into the bedrock for the caissons that form the supports for the bridge.  Ted Rumley, the Dade County Executive, was another important partner as he guided us through the environmental and water regulations, and  Malcom Hartline of Hartline Excavating in Trenton, GA completed this powerhouse of workers as he skillfully excavated and graded the earth surrounding the bridge. 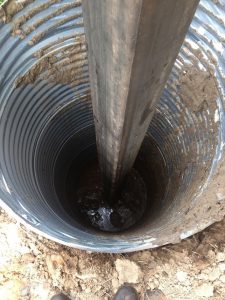 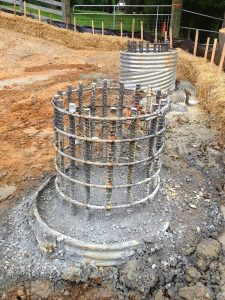 While the summer gardening duties of weeding and harvesting continued, in the background was the ongoing construction of the bridge. It took 5 months to build this bridge and I daresay there was ever more than one day when someone was not working on it, including weekends! Everything seemed to go on without a hitch. We were blessed with good weather and a builder who contracted all the work coordinating so there was no down time at all.

On September 11th, the beams for the bridge were set. The five beams that would span the creek were built in Bristol, TN. Each concrete beam measures 36″ x 33″ x 90′ and weighs 72, 000 pounds. A 250 ton crane arrived from Chattanooga the day before to prepare for the beams’ installations. 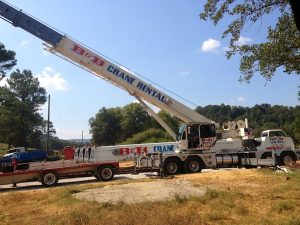 We share immense gratitude for all who made the bridge possible. Each person involved played a role in making our bridge dream finally come true. We are also incredibly thankful for kindhearted neighbors who patiently tolerated a very noisy summer. Now we can all gather on the bridge and sit a spell or cast a line as we reminisce, ponder, and, enjoy the peaceful surroundings!